In late 2008, I was contacted by Autobytel’s then Chairman of the Board, Jeffrey Coats. He informed me that the company had been hit hard by the automotive downturn and was at a crossroads. He was putting together a plan to salvage the company. Assuming he was successful in recruiting a few key players, myself included, he would relinquish his Chairmanship and step in as CEO.

The plan was to slash costs, optimize processes and rebuild the lead generation platform to its former glory. If all went well, within three-years time, the stock price would increase and new investors could be brought on board.

For my part, I relished the opportunity to get some closure on a task I started some 10 years prior. I was with Autobytel from its beginning as a startup, and was instrumental in its growth as a publicly traded company. I had a sense of pride and ownership in the company, and this was an opportunity to come back and rebuild the company.

By January 2009, the vacancy left by the exiting CEO had been filled by Jeffrey, and I had been brought on board. My first task was to rebrand and replatform MyRide.com. MyRide was a prior attempt to build a social site focusing on cars in an effort to migrate the company from a lead generation site to one more reliant on ad revenue.

MyRide was built on a platform of Vignette and Oracle, while Autobytel already ran five other web sites on a different platform consisting of ColdFusion and MSSQL. The cost of licenses, hardware and support for MyRide far exceeded the combined cost of the other five, so the clear answer was to port MyRide over to a revamped version of the “legacy” platform.

The next step was to tackle reporting in order to adequately track the value gained from several of our content partnerships. The prior tracking system had been turned off in the years since I had left, so my team needed to revive and rebuild dead systems. Once we again began recording actionable data, we found that our largest partnerships were adding the least amount of value. This same tracking system was also used to invigorate and inform the flailing PPC program. 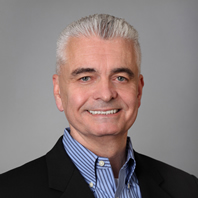 “Zane is one of the true technology pioneers and innovators of the automotive Internet. No one understands the technologies behind driving cost-effective, high value automotive consumer traffic better than Zane.”

Within three months, we had slashed costs for MyRide by $650,000 annually. By the end of six months, we had reduced the acquisition expense of our partner network by over 30%, and increased internally generated leads by a factor of 10, while improving margins from break-even to 35%. Within a year, the strategy changed from a three-year plan to divest the company to one of rapid growth and acquisition which continues to this day.